FEEL FREE TO PASS THIS SINGLE A4 PRINTING PAGE OF PAPER AROUND! Just right click on image & select download! Pass the link around!

This is a solar system, NO ELECTRIC, NO WATER PUMPS…

45 years ago I learned this trick in DESERT Survival.

Puerto Rico can use this!

NO, IT is not quick, but it works for free & ONCE SET UP IT KEEPS MAKING WATER!

You do not need to SHIP IN MORE LITTLE BOTTLES… 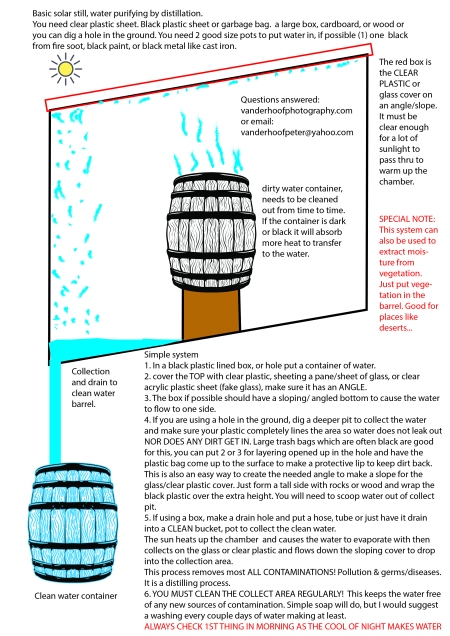 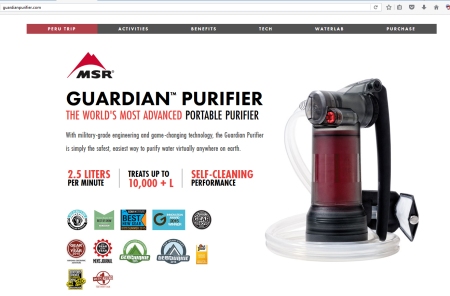 So Haiti just got nailed by Hurricane Matthew.

So did 4 states in USA, and other places around the world have problems too.

Hum, how about some logical thoughts. MSR water filter here, produces somewhere around 10,000 liters WITHOUT REPLACEMENT!

Opps, it is also smaller than a 12 pack of 1 liter water bottles.

It requires NO ELECTRIC, NO GAS, OR FIRE WOOD, or any fuel other that 2 hands pumping.

Any child can run it.

Any water, except saltwater can be used and the result is drinking water.

There is no NEED OF CONSTANT RUNNING BACK FOR MORE PACKAGES OF BOTTLES WATER. The rescue personnel can MOVE ON TO OTHER THINGS.

Consider a helicopter can carry enough to handle 100 towns and will run out of gas before it would run out of units.

If terrorist, black marketer people come to town, a person could hide it under a rock digging a hole big enough in a couple minutes. A dozen could be hidden in a single town and still not be as easy to find as 1000 plastic bottles of water.

A single supply of 1000 of these could produce millions of gallons of SAFE DRINKING WATER! TAKING care of 100 towns and cities…

I have one of the fore runners of this version. 14+ years out in the wilds and still working fine, I have to replace filter cartridges every 500-1000 gallons. But the body has a replacement kit for it’s seals and o-rings too. Totally field service-able. { I updated the yrs as I realized my son is almost 26 yrs old and I got it when he was 11yr in Boy Scouts. It had been on my shopping list for a few years at that point. However, I currently make 10-15 per week with it as I live in peasant quarters in Mexico and filter my daily drinking water. Been using it regularly for months, been in Mexico 10 months.}

So while I did try to talk to some one a while back about something else and he never even responded, I’m willing to bet some one with lots of Rescue contacts would like to think about this Idea.

Not just for Haiti, but for every RESCUE OPERATION, why be illogical and spend billions on “Bottled Water” which weight tons and is limited in use/rescue?

HOW MUCH LITTER ON THE PLANET WOULD NOT HAVE TO EXIST? Millions of plastic bottles in a disaster zone are just another problem to solve.

Those people would have the RESOURCE to help themselves….