OK, Art lovers, here is a little Photoshop Collage which I will ship to you from here in Mexico.

Sitting on the street as life passes me by, I just shot the feces out of it. Having more pieces than the image would allow… typical photographer.

Image size is 10 inches tall by 42.5 inches long. Printed on silk finish photographic paper with a Epson 7900 printer.  Paper is larger with a couple inches of white border for mounting.

Price is $1,095.00 USD with free shipping.  Artist signed & numbered “Limited to 25 prints”, shipped from the photographer/artist.

Payment is thru my PayPal account, see “Artist Donation” button for the direct connection to PayPal. Put a message in the comments with your email address so we can arrange delivery.

Well, with the work to enlarge the tiny photo, I decided to go shoot the “doll” in the Church alter…

Left the church & saw the rainbow in the fountain, OK fine I shoot anything … I’m just a photographer! ha ha

Life in a foreign country can be tough, I had a man come and ask for a poster to be made for him. I did what he asked & he decided that “Oh, no I just want the one image.”

Fine, 56 years of running businesses of my own & other, I did the new poster.

Again, Oh no, senor. I want my wife’s favorite photo turned into a large poster…

So, I just shrugged my shoulders & told him to bring that photo to me & I would see what I could do for him…

Finally, I got that photo, spent several hours doing the job of “museum style” restoring and enlarging it.

I enlarged this from a 1 inch by 2 inch photo to a 9 inch to 15 inch size print.  Not great over all to me, and I would have to do some more work by my standards but heck, the client was happy. 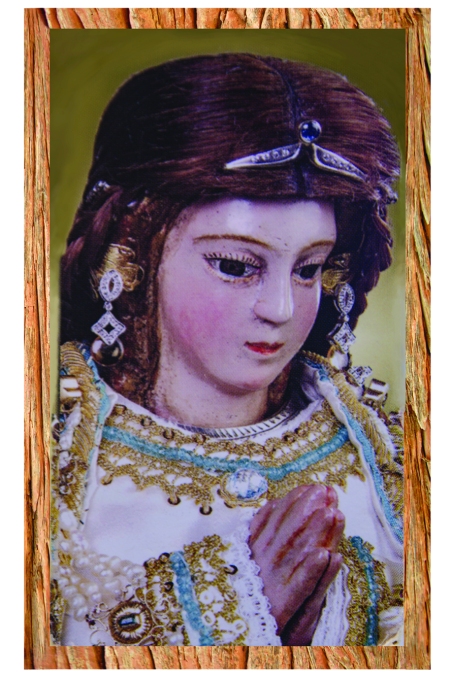 OK, so a quick look at a photograph from old, to be printed out as an enlarged print and a second one to also be colorized.

Here is the photograph taken by me with my camera. The starting point.

However what was not seen by my naked eyes, 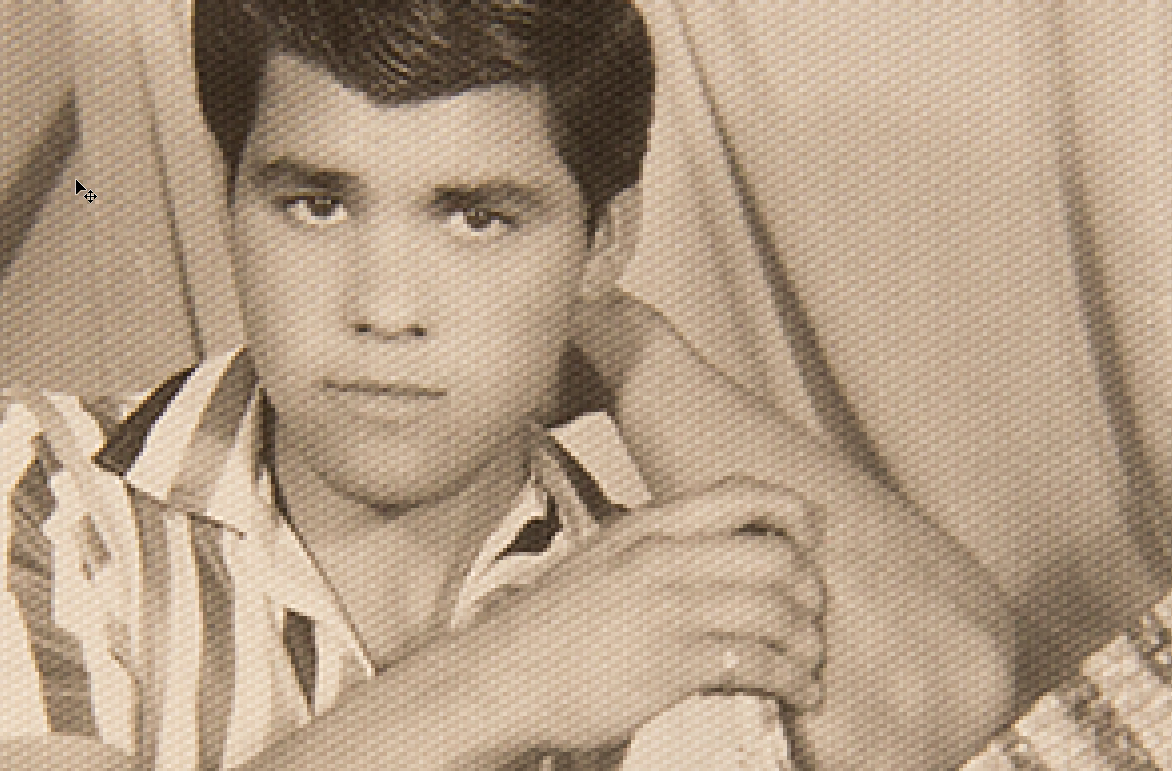 Was the halftone effect, there for whatever reason. Enlargement was an issue to solve first.

The images to print for the customer. Black & white version.

And the Colorized version.

yeah, I underbid the job… but heck of a sales pitch item for me to use on the potential clients.

I finally got to finish editing the Dia de Muertos night event & build a poster out of it. 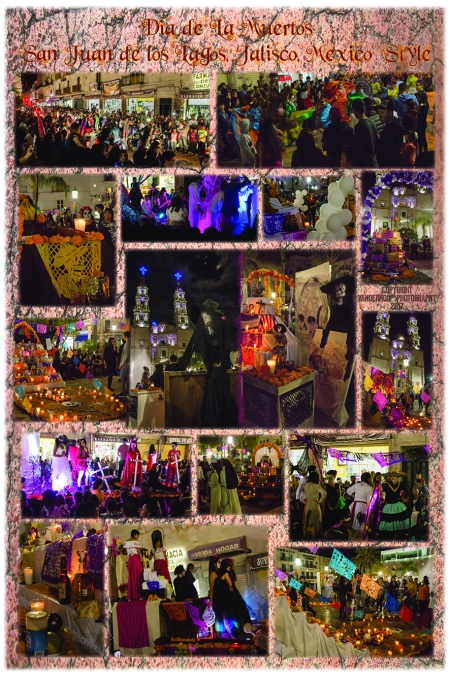 Here in town I get a lot of requests of people having photos of family, boyfriend or girlfriend in USA & a local wants a better background on the photograph.

So I did a quick Photoshop demo to print out showing that I took one image of a woman & made 4 different treatments to that same image. With a single poster printout, I have 4 styles of one shot to show customers.

HOWEVER folks we Professional & Artists have been doing this LONG BEFORE ADOBE PHOTOSHOP was created. 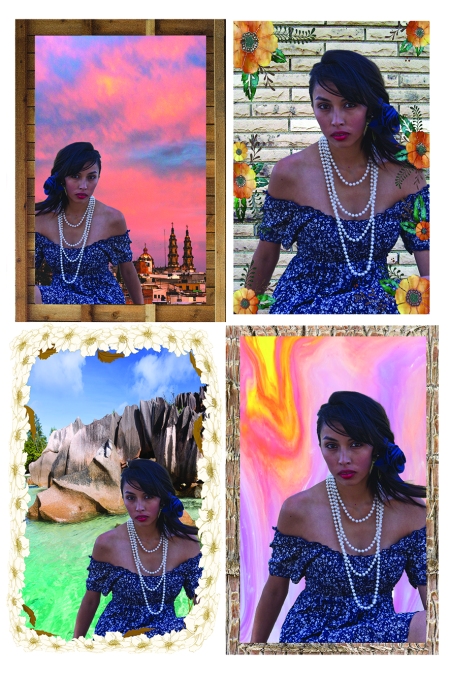 In 1993 I took a photograph of the Newspaper Publishing Co building with really beautiful clouds in sky behind it. About a month later, the parking lot in front was coated with a fresh coat of tar and one of the other staff had shot it just an hour later when no one was parked on it and everything was very clean.

I happened to see that both my photograph & the other person’s photograph were shot near the same area so it was an “easy” job of putting my sky in his “clean Publishing building” shot.

So some 6 hours of work “sandwiching the two negatives together” to make one image in a WET Darkroom. Next morning when the Owner of the publishing company came in I showed him the Black & white photograph print. He liked it, thanked me and walked off with it.

A week later I saw a new stack of sale person folder sitting on the Sales Dept manager’s desk as I walked by. Yeah, you guessed it, I saw my “sandwiched PHOTO” was on the cover of those handout folders for customers.

In 1974 with my 1st WET darkroom I was doing this at 2 am in the morning instead of sleeping for school later in the morning. Long history of having artistic fun!

Photoshop is the “new fangled name”, that is all.

Hope you like the pretty lady, a model in Southern California I show in 2014 & the different treatments of her portrait.

OK, here is another poster I am now selling.

My photos & design work of course. (yeah, I will be giving a copy to the clown if I can figure out which one he is of about 3 or 4.)

OK, I am have some fun with the calendars these days.

Here is one I made for a Leo woman. Huichol background, Mexican pieces, Xmas & New Years theme…

way too much fun!

Just a little too fun, last in the parade & cruising down the street as I walked home so I shot a couple angle on a “REAL” Mexican Jalopy,  from the Dia de la Muertos celebrations!

Couple of days of celebration…